See Luton like you have never seen it before.

On Friday 19 & Saturday 20 July, the town centre was taken over by music, performances, singing and art to celebrate 100 years from the Peace Day Riots.

Exactly 100 years after it burned, People Power Passion will take over the front of the Town Hall. Extraordinary acts of resistance around the world and in Luton will be explored through a spectacle of music, dance and light.

An extraordinary act of art and resistance happened on the night of Friday 19 July 1919. After riots broke out and the Town Hall was set alight, the people of Luton broke into a nearby music store, dragged out pianos and danced and sung whilst illuminated by flames. This year the pianos return in a riotous celebration of the music, dance, cultures and communities of the people that call Luton home.

Exactly 100 years after it burned, People Power Passion will take over the front of the Town Hall with a riot of music, dance and projections. Join us for a celebration of the cultures of the communities of Luton.

David Murphy is a socially engaged conductor with a particular interest in bringing diverse musical genres and cultures together so people can enjoy the creative sparks that inevitably result. He works with orchestras and opera companies internationally, but the roots of HIS work, and of orchestra Sinfonia Verdi of which he is the Artistic Director, are in Luton and its vibrant creative community.

“It is the energy and creative potential of Luton that inspires me. As one of the most super-diverse towns in the world it is a special place – a microcosm of human potential."

Union Dance was formed in 1985 by Artistic Director Corrine Bougaard. Corrine's distinguished career includes work with Rambert Dance Company, training with London School of Contemporary Dance and the legendary Alvin Ailey Dance Theatre in New York. Corinne is working in collaboration with Jordan Kennedy, a graduate of the Rambert School of Ballet and a former professional junior footballer. He has worked on Ballet Boys and McQueen.

Lizzy Fretwell is a graduate in Drama and Theatre Studies from Royal Holloway University and a born and bred Lutonian. While at university, Lizzy directed a production of Di, Viv and Rose by Amelia Bullmore. Last year Lizzy submitted a new piece of writing to be performed in a 'Luton Presents' evening and directed her own set of monologues entitled 'We've Chosen Here'.

"I am looking forward to being involved in bringing this fantastic collaboration of music and dance to the centre of Luton: the town I grew up in, love and call home." 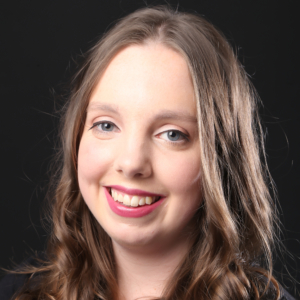 "I am looking forward to working alongside professional dancers and choreographers and learning more about the dance industry. I want to support young people's creativity and expression through the medium of dance." 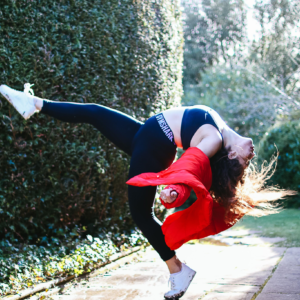 Destiny Bright known musically by stage name Ilyssa Elektra is an RnB/Pop singer, songwriter and music producer. She studied Music Technology and Public Relations at the University of West London. Her new EP entitled Party Girl has just been released and features this diva’s solo creative abilities as she executed the whole project single-handedly, even producing the music, a task which mainly men handle in the music industry. However Destiny boldy stood up as a woman to defy the status quo. Attenders of People Power Passion will be delighted by the awesome synergy between Destiny’s private endeavours and her work with the People Power Passion event, as she identifies with the plight of women attempting to be catalysts of something important to them. She is the singer for #metoo which is a piece which uses sound and visuals to celebrate the role women have played in acts of defiance to hostility. Get ready to be wowed. @ilyssaelektra #talent #peoplepowerpassion #behindthescenes #lutonartsandculture #ilyssaelektra

Andrew Parkes is only twenty-five years old, but has been a praise and worship leader for eight years. He performs with his group called Sound of Judah at various functions around the UK and in church. He is also an avid keyboardist, playing since the age of just three. He will be showing off his vocal prowess on July 19 in the #BlackLivesMatter section. If you love gospel music, this promising talent’s impressive performance will blow you away. Don’t miss it. #talent #peoplepowerpassion #behindthescenes #lutonartsandculture #andrewparkes #soundofjudah #cogic #youngadultministries #yam

The poetry world hasn’t been the same since Lee Nelson joined it in 1996. Entranced by the power of words, Lee is the host of Utter! Lutonia, a regular spoken word event in Luton. Lee even has a poem fittingly entitled ‘19th July 1919’ which coincidentally is the theme for People Power Passion and was commissioned by the BBC for National Poetry Day 2016. Written in the voice of the Town Hall that was burnt down, the poem celebrates the grassroots energy of Luton, its fusions and hybrids, its history and hopes, defiance and continuity. Lee will be performing his poem as part of the Outdoor Spectacular on 19 July 2019. Don’t miss Lee take over the biggest stage #Luton has seen. Can you feel the energy of People Power Passion? #talent #peoplepowerpassion #behindthescenes #lutonartsandculture #leenelson #utterlutonia @ARealLeeNelson

The NGYT Dance Company @ngyt_uk is not to be messed with. Over 2018/19 they have already been part of 19 community performances and People Power Passion is just another example of the vibrant difference they make through theatre and dance. Founders Laura and David Lloyd have over 25 years of experience between them and have infected their students with skill and hunger. In collaboration with their students, NGYT have produced the movement for the #BlackLivesMatter piece. Eight brilliant dancers of colour will move you to tears with this unforgettable performance alongside Andrew Parkes and @TC2311. Also: a little birdy tells us that Laura herself will be performing in the #MeToo and #Riot pieces - don't miss the chance to see this fabulous dance icon of Luton on stage! #talent #peoplepowerpassion #behindthescenes #lutonartsandculture #ngytdanceco www.ngyt.co.uk

Meet Dusna’s Dance Academy. Dusna is a Lutonian who loves to dance solo but equally loves sharing the glamour and fun of Bollywood dance with her community. December 2018 saw her put together a Bollywood flash mob in St George’s Square and here she is again, surprising unsuspecting residents of Luton with a taste of South Asian culture. Sources say there will also be a live performance of the most popular Punjabi dance song… Are you coming???!!! Insta - dusnasdanceacademy #talent #peoplepowerpassion #behindthescenes #lutonartsandculture #dusnachauhananddancers #dusnachauhan

The Revellers Steelband is an inspiring group who went from playing purely for the love of steel pans to performing UK wide They promote steel pan music and culture through workshops and community projects. They will be performing at the main event at 9pm. Come and dance the night away with them but be warned, have an energy drink to hand and wear something comfortable on your feet as this act is truly mesmerising. Instagram – revellersteelband #talent #peoplepowerpassion #behindthescenes #lutonartsandculture #revellerssteelband @rsteelband www.revellerssteelband.co.uk

If you’re looking for something that screams Bollywood, look no further than Jayna Patel. Jayna was born in Luton and grew up with all things #Luton. She loves to sing and dance to Bollywood music and will dazzle you with her renditions of TWO popular Bollywood performances. . Supported by Dusna’s Dance Academy, Jayna will bring the dazzle of Bollywood to Luton. Don’t miss it. #talent #peoplepowerpassion #behindthescenes #lutonartsandculture #jaynapatel

When Tychniqe Ciamala isn’t engrossed in Dr Who, he can be found living out his passion for spoken word. The 24 year old lyricist grew up inLuton and will be up on the stage TWICE during the outdoor spectacular. Watch out for him as the show begins at 9pm and then you can’t miss him as he joins vocalist Andrew Parkes and @ngyt_uk in the #BlackLivesMatter performance. If you want to attend register for updates on Eventbrite. #talent #peoplepowerpassion #behindthescenes #lutonartsandculture #tychniqueciamala @TC2311

Is it Christine Hennecke’s multiple spins combined with intricate funky footwork? Maybe Glen McLean’s mixed style of Fusion and Boogie? Anyway, something has everyone talking about Jazzcotech. The group comprising of seven friends are guardians of the UK Underground Jazz Dance and Music scene and have a natural talent for dancing to JazzFunk, Latin, Boogie, Funk and Jazz Fusion. What happened after the riots of 1919? Well the 1920’s rolled in! Jazzcotech are taking us back to this era of raucous dance and music. Definitely not to be missed. Instagram – jazzcotech #talent #peoplepowerpassion #behindthescenes #lutonartsandculture #jazzcotech @jazzcotechlive www.jazzcotech.com

UK Decay, #Luton’s favourite punk group headline festivals and tours across Europe but will be performing right here in their home town of Luton at People Power Passion. Formed in the winter of 1978, they built up a fearsome live reputation within five years across the UK, Europe and US with recordings that regularly reached the top of the independent charts. Three decades later, their spirit lives on, serving up songs of equal beauty and ferocity. Make sure you’re there on the 19th July to witness them getting the party started! @ukdecays #talent #peoplepowerpassion #behindthescenes #lutonartsandculture #ukdecay www. uk-decay.co.uk

Hands up if you love to dance. Was that you @kadamdance? We know you! You’re based in #Luton aren’t you? Don’t you specialise in South Asian dance and music performances for everyone?! We can’t wait to see you at People Power Passion on July 19 . Kadam will be bringing Kali Chandrasegaram to the outdoor spectacular where he will perform classical Odissi dance.To find out more follow People Power Passion on Instagram, Facebook and Twitter and register for Eventbrite updates. This is set to be a magnificent community event for Luton.. #talent #peoplepowerpassion #behindthescenes #lutonartsandculture #kadamdanceandmusic www.kadamdance.org.uk

Formed in December 2012, Spiral Freerun is a team of young people inspiring upcoming generations to use their bodies to their full potential. They run Parkour classes and perform in and around Bedfordshire. . Come and watch them at Luton Council’s centenary marking of the Peace Day riots to be convinced that the capabilities of humans are endless. Keep an eye out for them as the show starts at 9pm – are we breaking in to the Town Hall or is someone trying to get out? #talent #peoplepowerpassion #behindthescenes #lutonartsandculture #parkour #freerunning #spiralfreerun Instagram – spiralfreerun @SpiralFreerun www.spiralfreerun.co.uk

Osagyefo Theatre Company is an African Arts in Education Company that supports the teaching and learning of African arts all over Europe. They will be representing African communities on 19 July so dust off your talking drum, put on your dancing shoes and come and join in the fun. #talent #peoplepowerpassion #behindthescenes #lutonartsandculture #osagyefotheatrecompany www.osagyefotheatre.co.uk

The BIG Music Company is run by Gail Windrass. BIG stands for Because I’m Golden and they Believe everyone is golden! With their aim to bring people of all walks of life together they run community choirs, group singing events and experiences, and bespoke group singing activities. Find out more about their endeavours at bigmusiccompany.org.uk and don’t forget to register for updates to see them perform at People Power Passion where they will be singing a song famous for its role in the 1919 Peace Day riots. Any guesses as to what it is?. #talent #peoplepowerpassion #behindthescenes #lutonartsandculture #bigmusiccompany @bigmusiccom

View all our highlights from the outdoor spectacular on our Flickr page here. 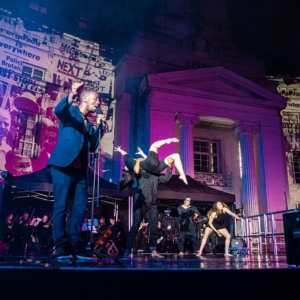 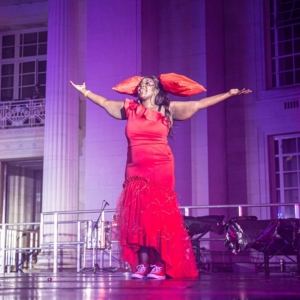 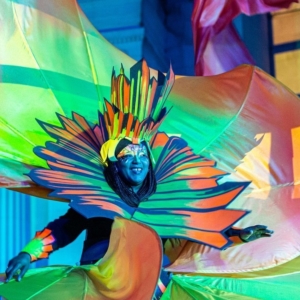